main
Admin
posted on 1 week ago
48
views
Texas Border Patrol agents arrested 24 migrants who they believe used a train to travel deeper into the United States after crossing the border.

Fox News video shows migrants coming into the United States and being directed to nearby border stations.

Texas Border Patrol agents arrested 24 migrants who they believe used a train to travel deeper into the United States after illegally crossing the border.

Agents at the Corpus Christi Border Patrol station received a 911 call Friday afternoon regarding 10 suspected migrants walking near the train tracks near the town of Robstown. 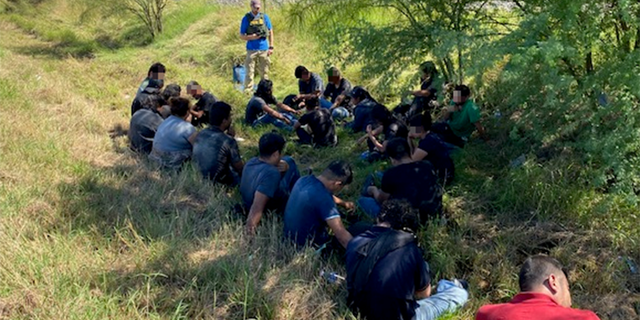 A bag containing bolt cutters was found among the group's possessions.  (CBP)

Border Patrol agents, working with the Nueces County Sheriff’s Office (NCSO) and Robstown Police Department, arrested those 10 migrants and an additional 12 that were discovered, according to Customs and Border Protection (CBP).

Authorities discovered a bag containing bolt cutters among the group’s possession which was suspected of being used to gain access to train cars, CBP said.

While waiting for the migrants to be transported, authorities noticed a suspicious blue GMC Yukon pass by them. Sheriff’s deputies initiated a traffic stop of the vehicle and discovered that the two occupants were also illegal immigrants and were suspected of attempting to pick up the group of people who had just been arrested, CBP said.

Border Patrol agents took all subjects into custody. CBP said the group of migrants were citizens of Mexico, Guatemala and El Salvador.

Fox News has reached out to CBP for further information on the arrests.