main
Admin
posted on 1 week ago — updated on 1 week ago
47
views
Amid Tuesday’s news that Gabby Petito died as a result of "manual strangulation," some of the nation’s most expert forensic pathologists are sounding off, with one explaining how medical professionally likely reached their conclusions.

Renowned forensic pathologist analyzes Wyoming officials' declaration cause of death is strangulation, on 'The Story'

NORTH PORT, Fla. – Some of the nation’s top expert forensic pathologists are sounding off after Tuesday’s news that Gabby Petito died as a result of "manual strangulation" and had been left in the Wyoming wilderness for an estimated three to four weeks before she was recovered, with one explaining how medical professionally likely reached their conclusions.

Dr. Cyril Wecht has been involved in some of the country’s most high-profile death investigations, including those involving President John F. Kennedy and JonBenét Ramsey. He spoke to Fox News Digital on Tuesday, immediately following Teton County Coroner Dr. Brent Blue’s press conference and the office’s subsequent announcement that Petito died from "death by manual strangulation/throttling."

Sign of manual strangulation, compared to ligature strangulation, would typically still be detected on a body that had been exposed to the elements for so long, Wecht said Tuesday when reached by phone. Wecht spoke to Fox before the Teton County Coroner’s office released the official cause of death determination document, and was predicting at the time that Petito, 22, had died from manual strangulation.

"Manual strangulation produces more anatomical injuries than ligature ... you can strangle someone with the ligature without breaking anything underneath," Wecht said. "Ligature, he would not have been able to make that determination after three or four weeks because the soft tissues would have been decomposed and shrunken, dehydrated and the ligature, if there was one, might or might not have still been in place."

Wecht added that there would have had to be "anatomical defects of one or more fractures to the structures in the neck."

Blue pointed to the ongoing investigation as preventing him from sharing much more information other than the cause and manner of death. 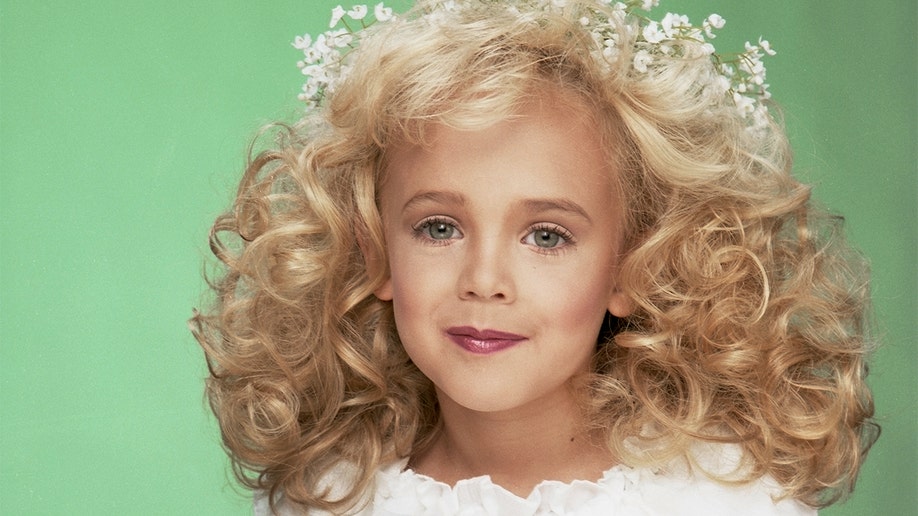 On December 24, 1996, JonBenet Ramsey a child beauty queen was brutally murdered in her home in Boulder, Colorado. To this day the mystery surrounding that murder remains unsolved.  (POLARIS)  (Polaris/Discovery+) 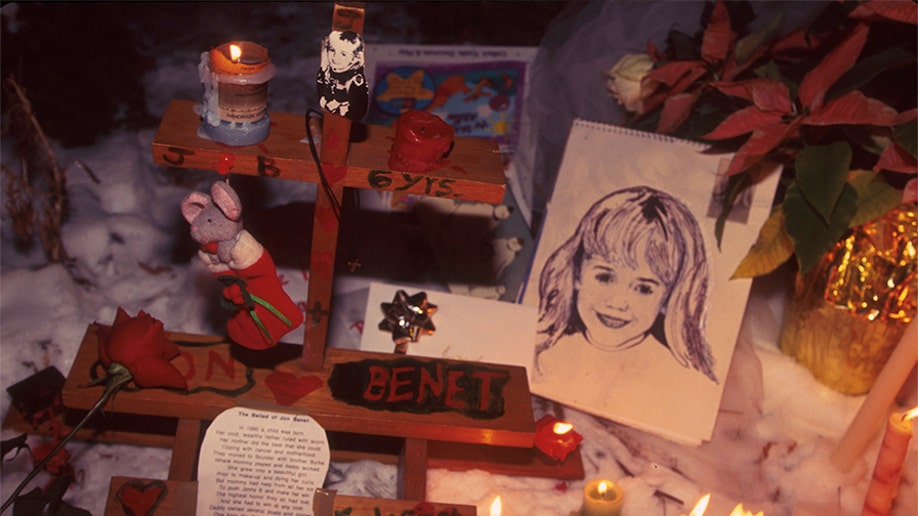 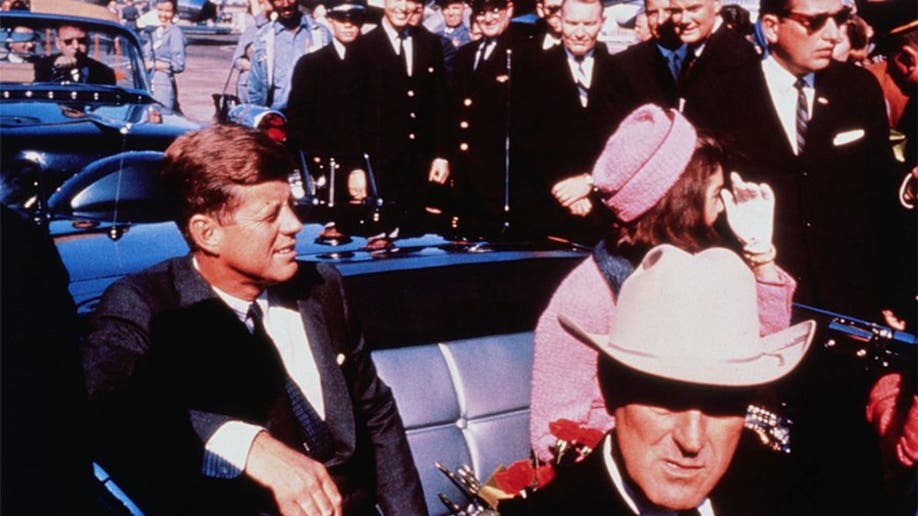 President and Mrs. Kennedy, in a pink outfit, settled in rear seats, prepared for motorcade into the city from the airport, Nov. 22. After a few speaking stops, the President was assassinated in the same car. (Getty) 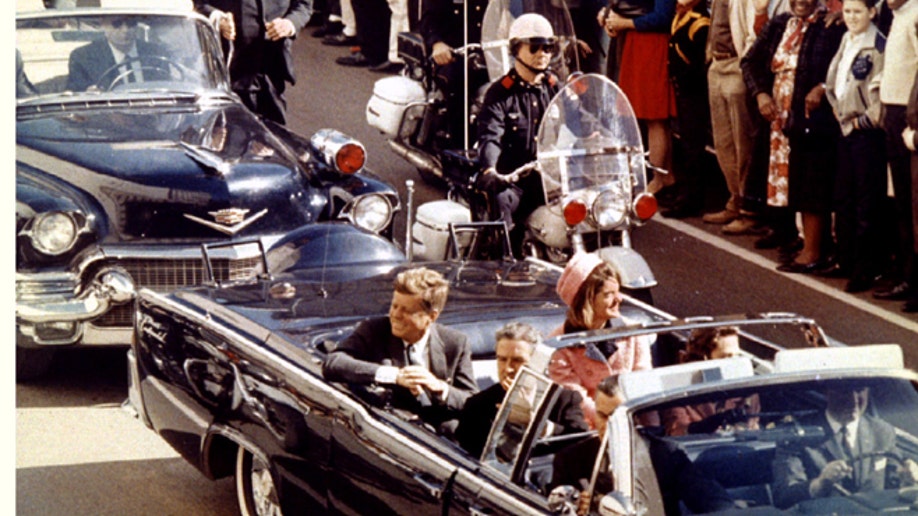 Wecht, who said he has not seen the autopsy report, was critical of the lack of answers Blue was able to provide, but said investigators did "all the things that were necessary."

"They brought in experts, or the FBI did. Anthropology and radiology and entomology and toxicology, as well as, of course, the forensic pathology."

Speaking generally, Wecht said some signs that typically point to strangulation include fractures or defects of the hyoid bone, thyroid cartilage, and, in men, the Adam’s apple, among other structures in the neck.

He added that entomology, toxicology have "nothing to do with strangulation."

Authorities discovered Petito’s body on Sept. 19 near Grand Teton National Park and confirmed her identity just days later, when they announced that she was the victim of a homicide. But they stopped short of releasing the cause of death. To this day, Petito’s body remains in Wyoming, as investigators have not yet released it to her loved ones, a Petito family spokesperson confirmed Tuesday.

"In 2021," said Baden, a Fox News contributor, "where anything of value can be document[ed], retained, tested on day one or two or three, there's no reason to keep the whole body from the family."

Baden, who served as the chief medical examiner in New York City and the chief forensic pathologist for the New York State Police, has been linked to several high-profile cases, including the ongoing investigation into the death of Jeffrey Epstein. He also served as the chairman of the House Select Committee on Assassinations Forensic Pathology Panel.

When reached by phone on Tuesday, he predicted that the coroner and law enforcement investigating the case "knew on day one when the autopsy was done that this was a strangulation and a homicide."

He added: "There was no reason that the body is still there."

Baden went on to say that while investigators might have been gathering additional information, "all that other information has more to do with who done it than what the cause of death was."

Baden said an issue that could potentially arise is that analysis of DNA likely "isn’t going to help here unless they found someone else’s DNA."

"If all they find is Brian's DNA on the skin, on the fingernails, in the sexual assault kit, that's what you'd expect to find people who've been living together for many weeks," he continued. "Each DNA is on the other. If they found another person's DNA that shouldn't have been there, then that would be important in the investigation."

Petito was believed to have been traveling cross-country in a converted white Ford Transit with her 23-year-old fiancé, Brian Laundrie, when she was last heard from. Prior to their trip, she had been living with Laundrie and his parents in their North Port, Florida, home.

Petito and Laundrie embarked on their trip in mid-June with plans to visit national parks along the way. But Laundrie, 23, returned to his North Port home without his fiancée on Sept. 1 – 10 days before she was ultimately reported missing.

According to the woman’s family, Brian Laundrie never called them to say that his daughter was not with him. His parents then allegedly ignored phone calls and text messages from the Petito family, including one in which they told the Laundries they were going to call the police.

Investigators seized the white van on Sept. 11 and later executed a search warrant at the North Port home.

The Laundrie family’s attorney announced on Sept. 17 that Brian went missing on Sept. 14 after telling his family he was going to a local reserve. The family has since changed the date that Brian was last seen to Sept. 13.

Shortly after he vanished, authorities named Laundrie as a person of interest in connection with what was then Petito's disappearance. On Sept. 23, the FBI issued an arrest warrant for Laundrie, accusing him of bank card fraud.

After Tuesday’s news, the Laundries’ attorney, Steven Bertolino, said in a statement that Petito’s death "at such a young age is a tragedy."

"While Brian Laundrie is currently charged with the unauthorized use of a debit card belonging to Gabby, Brian is only considered a person of interest in relation to Gabby Petito’s demise," Bertolino said. "At this time Brian is still missing and when he is located we will address the pending fraud charge against him."

Laundrie is still on the run. He has not been charged directly with Petito’s death.